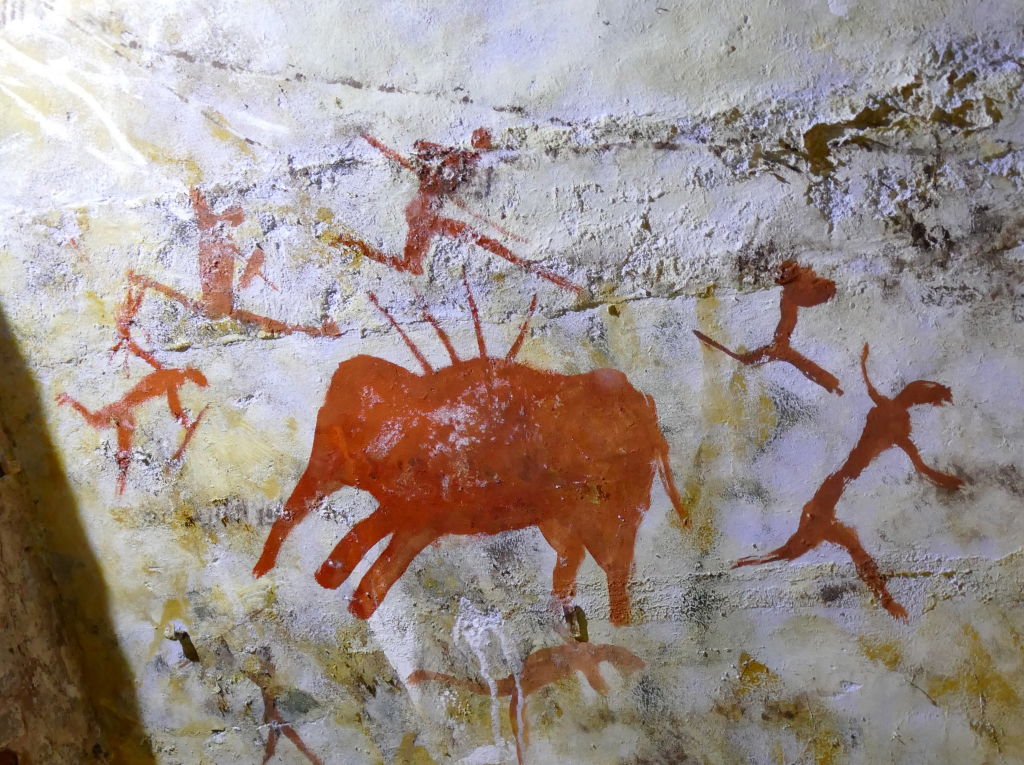 I have just recently discovered podcasts. Holy cow! What a resource! I have also discovered, almost too late, that you want to download podcasts onto your phone when you are sitting at home on your WIFI, not stream them using your precious phone data. Ask me how I know…

I have been listening to a podcast called Peak Human and just finished Part 45- a discussion with Dr. Miki Ben-Dor PhD from Israel, about “Humans Eating Fatty Meat for All of History”. It was a fascinating look at the evidence for our ancestral eating pattern being that of a high level carnivore. This is real biological science, not conjecture or theory based on observations of modern “hunter-gatherer” societies. He looks 2 million years and more back into our evolutionary history and places modern humans (homo erectus and homo sapiens) at the top of their respective food chains. He contends that we were first and foremost “fat hunters”.

I was so fascinated that I listened to the whole thing twice, the second time taking notes so that I could write this blog post. Here is the link to the actual podcast if this tweaks your interest enough to listen. Well worth the time…

Humans are undeniably meant to be carnivorous. There are many adaptations in our physiology that put us firmly in the carnivore camp. We evolved from omnivores, which makes us a special kind of carnivore, but nevertheless, we share very little in common with our close primate cousins when it comes to digestion and many aspects of our metabolism. Here’s some salient points from Dr Ben-Dor’s talk:

Evidence for Human Carnivory and It’s Role in our Development

Unlike our heavily fruit and plant eating cousins, the chimps, we have 77% less colon (large intestine), the area important for breaking down and extracting the nutrition from the high fibre content of plant materials. Over the past 2 million years, the plant food supply did not look remotely like what we eat today, with minimal to no grains or legumes, lots of leaves and bark, fruits in season, but nothing that resembles the sugar-laden fare of today. Non-ruminant herbivores use the microbiome of their large bowel to break down fibrous materials into short chain fatty acids for fuel. That’s the irony – those plant chomping great apes are actually thriving on a high fat diet – from the fat made by their microbes! It is estimated that non-carnivores get about 50% of their energy from fibre fermentation in the large bowel. Humans have a very short colon and we do not manage well with high levels of fibrous materials. Our transit time is too short.

Next is the evidence of gut pH, the acidity of our stomachs. Neutral (like water) is a pH of 7 or so, smaller numbers indicate higher acidity. Acidity is vitally important in breaking down protein. Herbivores have a fairly gentle pH of 5-6 in their stomachs, omnivores have an acidity of 2.9, carnivores have an even more acidic stomach at pH 2.2 and scavengers, who often eat rotten foods, have the highest acidity of all. Interestingly, humans fall into the carnivore/scavenger range – pH 1.5!

This is not a fluke. In terms of evolutionary development, high stomach acidity is a very expensive adaptation. It would not have survived evolutionary pressure if not necessary. Producing the stomach acid is physiologically expensive and so is the machinery to contain this severely damaging material and to inactivate it so that we don’t just digest ourselves from the inside out. Your stomach is a pretty darn special organ to produce and hold this highly corrosive material and not let it damage itself, the tube coming in (the esophagus) or the tube going out (the duodenum portion of the small intestine).

So we are up there with the scavengers in our million year old hunting habits. Why is that? Because we evolved as special carnivores. We were the predator that hunted all animals, from 1 kg to 6000 kg. We took our food away from the place where we killed it (we had to – we had no protection from other large predators and scavengers), and ate it over days. Think about a small group taking down a mammoth. It would take weeks to consume, process and store all the nourishment on that animal.

We are also the animals that used tools. Stones for throwing (humans are very well adapted for throwing things), stones for breaking into bone marrow and brain cavities, eventually spears and arrows. Humans also used our growing brains to communicate and strategize for the hunt. We had to – not big enough or fast enough to chase our prey, not strong enough to fight off being someone else’s prey.

Interestingly, we even have a carnivore’s fat distribution pattern. It turns out that omnivorous animals have a smaller number of fat cells, but each cell is bigger. Carnivores have more fat cells, but they tend to be smaller. Humans carry more fat cells that even most carnivores, as we were the carnivores that didn’t chase our prey (we used tools or strategies to catch our meal).

Another unique feature of human hunting was that they hunted for the prime animals of the prey, not the very old, young or weak like other predators. Humans were choosy – going for the prime animals with the most fat on them (the old, the young, and weak or sick individuals did not carry as much fat).

The overall conclusion of the paleobiologists and other experts is that humans were primarily fat hunters. We were the first predators to use tools to get at the bone marrow and brain of prey animals (the fattiest parts), and like all predators, the internal organs were also prized. Our extreme adaptability (also thanks to our large brains) in being able to hunt both small animals (think fast and hard to catch) as well as enormously large animals (whose only defense would have been to turn and face), was another huge advantage. Our larger than normal fat storage allowed us to breach large periods between kills, up to 2-3 weeks, using our fat stores and ketosis to remain well and mentally sharp during this time.

None of this means that humans never ate plants. Of course we did. Mainly tubers and roots (though they were only a fraction as starchy or sweet as today’s versions), or fruit in season (also nowhere as sugar-laden as today’s offerings). Seeds or nuts might have been gathered in season and stored for lean times. Plant matter was the fallback food – it allowed survival, but not thriving.

The way back to health is backwards, down our evolutionary path towards the diet of our ancestors, or as near as we can make it using modern foods and a modern food environment. And that includes eating animals…

Mind Blown! You Have to Read This Book!

Deep-Diving into the Research