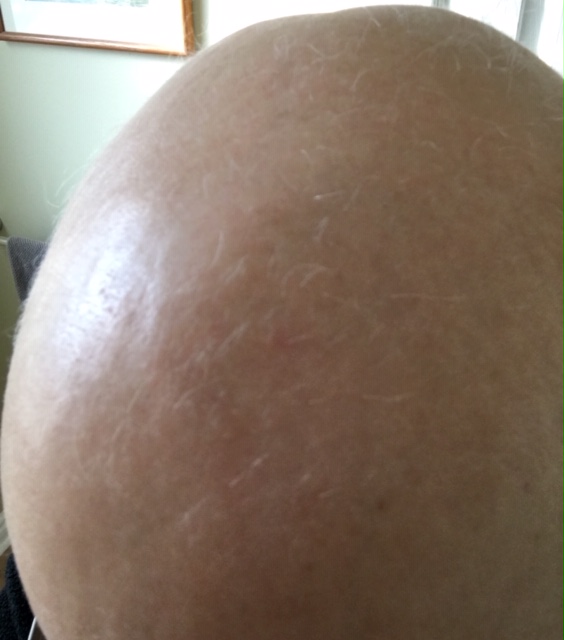 Okay, it’s amazing how fast the human body can regenerate once you stop throwing insults at it. I reached the end of the Cycle 6 three week drug effects period 5 days ago. On the day that would have been my next chemo infusion (BUT WASN’T!! – YEAH!), I headed into the local lab to do bloodwork, curious to see how well I had rebounded from the last chemo session.

The results were disappointing. My immune system was still showing signs of significant depression, with White Blood Cells and Neutrophils both seriously down, and I was anemic as hell, with Hemoglobin(Hb) at only 95 (normal is 120-160). Anemia results in a reduced oxygen-carrying capacity of the blood because of reduced hemoglobin molecules and/or reduced red blood cells (for me – both). This can result from a variety of causes, but in my case, it’s simply that the bone marrow, which manufactures Hb and red blood cells, has been suppressed by the chemo. The impact in real life is a lack of energy, as the cells require oxygen for energy production. So endurance is down – not a good thing for someone who is itching to return to running, like me…

But then an interesting thing happened. Only 2 days after my “end of cycle”, I noticed a real drop in my energy levels. While I had been as busy and motivated as the Energizer Bunny, I suddenly seemed to take a nosedive in my ability and interest in doing stuff. I actually napped on the couch on Saturday afternoon, something that only happens when I’m seriously unwell. And my energy and productivity remained low all day Sunday, culminating with me falling asleep sitting up by 8:30 pm, and heading to bed just after 9… What gives with that???

I was expecting to be on a steady uphill rise of energy. Why am I so tired? Well, I think that the answer lies on my head – literally. By day 3 post-cycle, I noticed, to my delight, that I appear to have sprouted peachfuzz all over my head. Previously, I had a few stubborn hairs that had survived all the way through chemo, and I had stopped shaving them about 6 weeks ago, so they were almost a half inch long. But they were few and far between – think Gollum, or Charlie Brown. However, when I looked very closely on Saturday, my head was covered in a light fuzz of white hairs, filling in all the spaces between the longer ones. WOW! They appeared like magic in just a few days! Barely there, like a man with one day’s growth of beard. If they were dark, they would likely be fairly noticeable, but since every single one of them is whitest white, I have to look really closely to see them. But they are there!

Remember that I wrote earlier that the human head has 90,000-120,000 individual hair follicles? Well, the cumulative energy expenditure of all 90,000+ of them firing up and starting to manufacture new materials, all at once, is likely to be major drain on the energy production system. In addition, it likely means that as the chemo drug exits, my bone marrow is also going to be doing a similar reboot of the manufacturing machinery and going into high gear to replenish my immune system cells, my hemoglobin and red blood cells and my platelets. That’s a huge amount of energy expenditure all at once. No wonder I needed a nap! And no wonder I slept for 9 1/2 hours last night!

It’s also a huge amount of protein, as all of those things – blood cells, immune components, platelets and hair – are all built of protein. I will be doubling down on my protein intake for the next while as my body reboots. Since Saturday, I have made hard boiled eggs, meatballs, burgers and a 4 lb pot roast, all to have on hand for protein meals and snacks. I am laying off the nuts and nut products for a bit and focusing on rich animal-based meals and snacks. Animal-based foods are also the best source of bio-available minerals, such as iron, zinc, and magnesium, all required for the high-output manufacturing that is going on right now. Add to that a rich variety of healthy, low carb vegetables and I should be well fueled for maximum production.

My only beef right now is that every single hair that is returning is stark white… Where are the darker grays that made my previous hair so interesting and multi-hued? Hopefully, they are just slower to make an appearance. Time will tell…

Spring Cleaning Fast – The week after…

Rediscovering a Love of Physical Strength