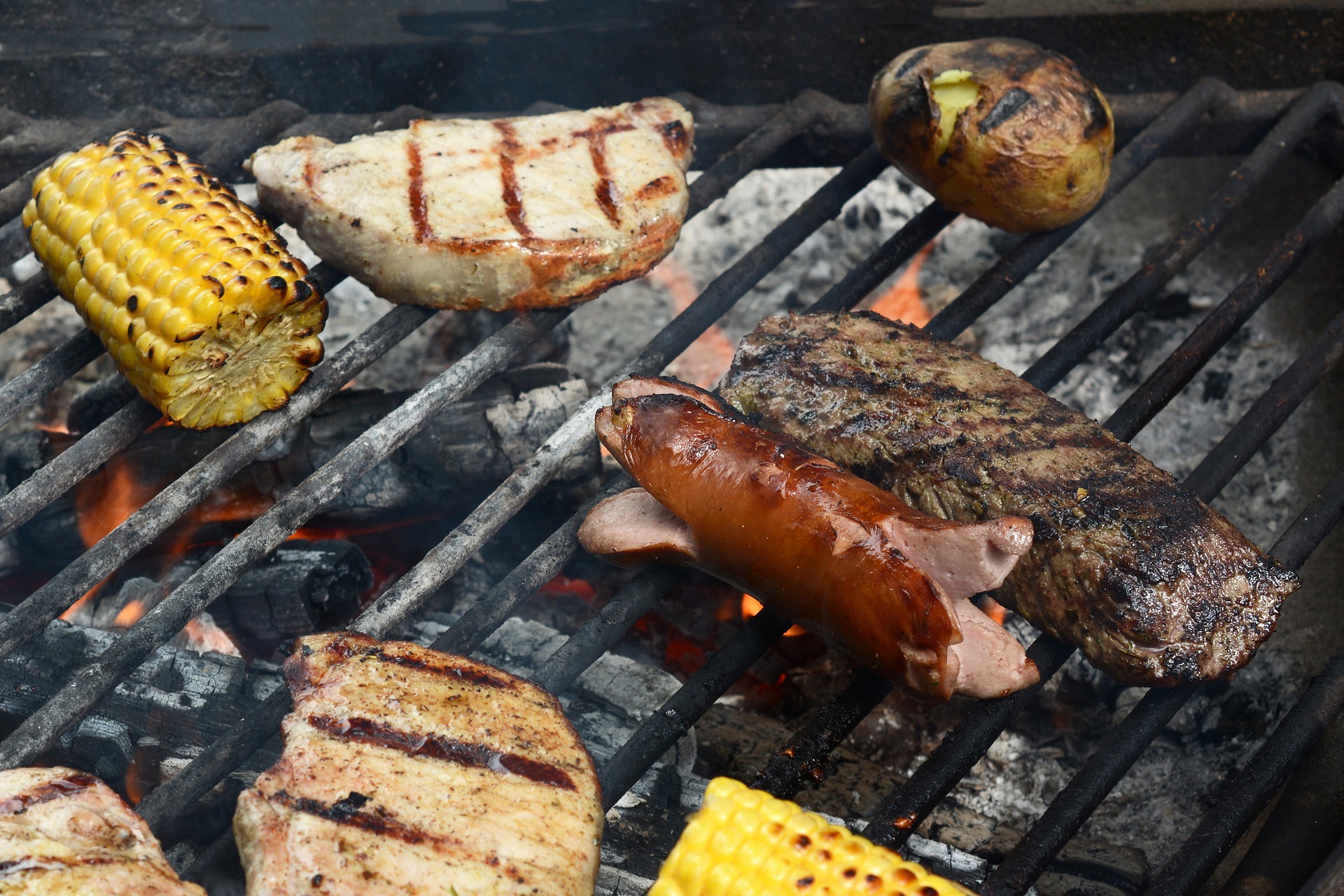 It’s high summer in central Ontario, and that means a couple of things. We are outside as much as possible, soaking up the luxury of bare feet and sleeveless tops while we can. The mosquitoes come out at dusk and are relentless. And our gardens and our Ontario Foodland agricultural wizards are ratcheting up into high gear for producing wonderful local fruits and vegetables.

While Ontario has it’s share of commodity crops (mega fields of corn, soybeans, canola and wheat), we also have an abundance of mixed vegetable producers, both big and small. In the deep “south” of Ontario, there are many greenhouses producing tomatoes, cucumbers and peppers for early spring consumption. There are also fields of cantaloupe and watermelons, crops that are on the northern verge of their growing zones, but are coddled through the somewhat variable summer weather of Ontario to produce bumper crops of sweet, juicy melons. The “deep South” is also the part of Ontario that is home to many vineyards producing world class wines, and orchards of delicate tree fruit such as peaches, nectarines, cherries and apricots.

Throughout the rest of south-central Ontario are pockets of ideal lands for vegetable growing, such as the black soils of the Holland Marshes, tucked into a valley micro-climate just north of Toronto. As a kid from Northern Ontario, it was magical to drive down the highway to Toronto, come over a rise and see the deep black soils of the Holland Marshes stretching away from the road in both directions, perfectly manicured into fresh vegetable plots. It was so alien for a kid from the land of endless rocks and trees.

A bit further north and to the east, you come to the apple orchard areas around the south edge of Georgian Bay and Prince Edward County. These are more temperate areas and the trees are hardier than the delicate tree fruits of the Niagara Peninsula.

Interspersed among these areas are vast acreages that grow the feed crops for animals – meat and dairy cows, pigs, and sheep. And fields of pasture for grazing these animals. “Haying” is the process of cutting and preserving the natural grasses from these pasture fields for winter feed for the animals. “Grass-fed” in Ontario means fed on green fields in summer and fed stored “hay” in the winter. Haying is a big deal in my part of Ontario, as we live on rocky, difficult to cultivate land that is best suited to grazing ruminant animals, but we have feet of snow each winter.

In the hierarchy of food quality and best choices, “local” and “in season” rank right at the top. Eating food that has had a zero km commute is always ideal. Freshness and hence nutrient content is maximized when there’s little or no time or distance between growing and consuming. It can even trump “organic”, especially if the organic food has come from somewhere half a world away.

Given all that, what does a keto eater do when it’s fresh season? Well, that all depends on your goals in following a ketogenic diet. If your goal is strict compliance for the purpose of avoiding epileptic seizures or to manage cancer symptoms, then it might not be a good idea to add in higher sugar or starch items such as corn on the cob or peaches. But there’s still lots of room for fresh raw tomato slices in moderation, cucumbers fresh off the vine, green or wax beans, zucchini, radishes and all the wonderful leafy produce such as lettuces, spinach, kale, Swiss chard or arugula. In the fall, there’s broccoli and cauliflower, cabbage, Brussels sprouts, carrots…

If following a moderate low carb, whole foods way of eating is more your style, using healthy unprocessed foods to make delicious meals, then there’s a place for even the highest starch or sugar vegetables and fruits in moderation. New potatoes, watermelon and corn in high summer, squashes and pumpkins in the fall.

But the key is to eat local, meaning what is grown in your own province or state. Nothing that has traveled over half way around the globe or from a tropical clime. Shop if possible at a farmer’s market, a farm gate vegetable stand or an orchard. Look for the Foodland Ontario logo on produce at the grocery store, or your provincial or state equivalent.

By making these restrictions, you do several things. One is to limit the amount of time that you will be indulging in higher starch or sugar items. The sweet corn crop in Ontario, even with row covers and early hybrids, is about 7 weeks long, from the end of July to the second half of September. The peach harvest is just a few weeks of sweet succulent heaven. Ontario strawberries last a few weeks, then we’re back to Frankenberries from the deep south – not worth the effort. The first feed of new potatoes, especially if you have dug under your own plants and “robbed” them, is a fabulous experience, simply boiled in salted water and doused with butter. A garden carrot, rubbed on your pantleg to get the dirt off and eaten with it’s microbe load intact, is a summer experience that every kid should have.

The other thing that is magical about eating local fresh produce, whether higher carb or not, is the nutrient density that is unequaled in anything that you can get throughout the winter, especially if the winter produce is coming thousands of kilometres and was grown on overspent soil using a multitude of chemicals.

Unprocessed foods are unlikely to trigger food addiction issues despite having carbohydrates. Unlike factory foods, they are high fibre, require chewing and do not trigger the same dopamine rushes as junkie snack foods. It’s pretty hard to overdose on cherry tomatoes.

So, I would say to eat the fresh produce that speaks to your heart. The stuff that reminds you of childhood corn roasts or camping with your parents, or dinners at Grandma’s house. Life is too short to deny those pleasures. And the season for each is short and fleeting – grab those experiences while you can.

Bring on summer. I have my first cobs of Ontario corn in the pot as I write this, and cherry tomatoes from my own garden. Life is good!